Why I work for usg.edu

Here is why I work for The University System of Georgia

For the tl;dr version, read the table of contents.

First things first. I had no Master Plan in the beginning. I do have “The Plaksin Luck” and credit it for many things, including starting me down the right career path. I came to uga.edu to get a Masters in Artificial Intelligence. I never finished that degree but the AI Program exposed me to four of my life-long loves:

Unix was awesome. I loved the command-line and still do. The Unix Philosophy shaped my view of the world even though I had no idea what it was at the time.

It was thrilling to think I could have something like Unix on my personal computer. One 386-40 and one stack of floppies later, I was running Linux and Emacs at home. Linux’ lack of polish at the time was perfect for me–I was forced to learn many gory details just to keep the system running.

AI led to an assistantship at UGA’s Helpdesk. The web was taking off around this same time. Not knowing any better, when somebody asked me to make a shopping cart system I wrote one in Bash! It was never used. The concept of a shopping cart in Bash still makes me laugh. No doubt it was completely secure!

I’m not the first to say that! Here’s a 1997 quote from the MIT Wearable Computing FAQ:

Most of the time spent using the wearable is found inside a text editor - normally emacs.

That document is full of great quotes! Here’s another:

You can be reading email and still be able to walk down the street without running into people.

Working in education makes the mission simple, obvious, and instantly meaningful. It was not always conscious but I’m sold!

Working for a tech start-up, tech giant, or even a medium-sized tech company is appealing on some level. Mainly because you end up working with lots of interesting new technology, some of it bleeding edge. At the biggest tech giants scale is off the charts, and that is just plain fascinating. You might be creating the bleeding edge!

But technology for technology’s sake is not as meaningful as education. Not to take anything away from the positive impact social media and other technology has had on the world. It’s just not obvious that Project X is going to turn out to be meaningful when it begins. Plus working in the commercial sector means you have to keep secrets to some degree. And that is hard.

Some companies seem to be striking a happy medium. And I hope this business model survives and flourishes. For example, GitLab which has a great handbook. And Raintank with their OpenSaaS approach:

We believe open source is the best way to develop the most awesome software for our customers.

Our mission is to provide a fully supported, turnkey offering for our customers through our OpenSaaS platform. We want to help them avoid lock in, and take back control: hopefully a refreshing change in a world filled with proprietary SaaS options.

Of course Puppet is also near and dear to my heart. And they sound like a great company to work for.

Staying put, creating a foundation, and building upon that foundation is more fun than starting over. You may say “self-fulling prophecy!” or “confirmation bias!” and I accept that those are possibilities. But I still believe that using building blocks to construct an ever-taller tower is more fun, more challenging, and more interesting. So many people in commercial IT change companies every few years. This often means they have to start building from scratch again. Especially if they work for a new start-up. I do see the appeal of building from scratch once in a while. But I prefer the fun and challenge of bulding for the long term. Ship Of Theseus, even! That is, it’s a fun challenge to replace or upgrade all the parts over time while the whole systems is running.

State jobs are stable jobs. They may not pay as much as jobs in the commercial sector but it is very unlikely that your job is simply going to disappear. And I’m lazy. At least when it comes to certain things. Traveling, and potentially moving, a lot for work has little appeal to me. Plus lots of travel consumes time I’d rather be spending with my wife and children. Maybe this is another form of being “wise selfish”.

One could argue that working for USG pays better than working in the commercial sector. At least in the long-run. Benefits are great and we have a defined benefit retirement plan. Combine those with less stress and the overall “math” might come out in the state’s favor.

Not to say there is no stress. Every IT job has its stressful moments. There are plenty of deadlines, races to deliver new technology without breaking the budget, and so on. Plus the University System is a loose federation and not a dictatorship when it comes to IT. This requires more nuance and sometimes trickier technology than a company with a straight-forward management chain which goes all the way to the top.

Scaling computer systems is a compelling challenge. It is easy to do anything one time for one user. Doing the same thing many times for many users is a whole ‘nother level!

University System IT has enough scale and variety to be interesting. Even if it’s not Netflix! We have thousands of servers and tens of different projects. Much is automated, much remains to be automated. 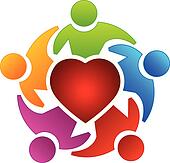 Management and people are great

Great management and great people are extremely important. Without them you work harder instead of smarter. And often endure a shoestring budget. Shoestring budgets and overwork cost far more than simply doing things right.

USG has always supported doing things right. Or as right as possible given real-world constraints. Part of “right” means allowing technical people enough space to make their own technical decisions. This makes a huge difference in terms of both morale and the end result.

The people at USG are great too. Working hard, working peacefully, and working together towards common goals. It’s been this way for a long time. No doubt thanks to the culture inspired by both leaders and employees over the years.

I could go on and on. And I struggled with this section the longest. But just re-read the first sentence of this section: Great management and great people are extremely important. It’s a simple and clear point. If you stop to think about it, you know whether you have that or not. Ommmmmmm

I already lived the startup life once upon a time

My startup-like experience was in the mid-90s when I worked at UGA. I will not go so far as to say that everybody should have a startup experience. But that experience taught me many lessons. And I am still reaping the benefits of those lessons today.

One of the lessons is to avoid startup experiences! They are both thrilling and exhausting. No matter how skilled, smart, or experienced you are, it’s virtually impossible to avoid imposter syndrome. And my experience began right after I started my first sysadmin job. Gack!

Only in hindsight did I realize that ran myself into the ground multiple times. At the time I felt like I was fighting the good fight. And I still believe that I was. I now know this to be false, but it sure felt like the entire system depended on me giving it as much attention as possible. And, in the moments everything worked perfectly, it felt great.

We ran the University’s first large-scale email system. And its first online learning system. The email system, named “Arches”, went from zero to 10,000 users in weeks. We were shocked and awed. The “Web Course Tools” system saw similar growth.

Arches was based on IBM’s DCE/DFS which were revolutionary. When they worked. The third hit for “DCE/DFS” is still debugging tools. WebCT was written by a professor, worked well enough on a small scale, and had unsurprising problems scaling to thousands of users. Unsurprising in retrospect anyhow. WebCT ran on Linux which didn’t yet have perfect hardware support.

Arches and WebCT history provides enough fodder for several blog posts. Maybe I will write them one day. For now, suffice it to say we were running bleeding edge software for thousands of users in the 1990s and we bled. 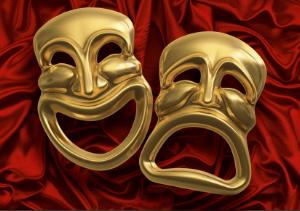 While one of my lessons is to avoid repeating the startup-like experience, and I’m glad to be well supported at USG so that I don’t have to repeat it, I don’t regret my Arches/WebCT time. Instead I like to focus on the lessons I learned and how they continue to apply to my job in IT. They might sound like cliches but, well, we all have to learn these things somewhere:

Many of these lessons are captured in The Done Manifesto.

Just for laughs, the Wayback Machine nicely captures an early Arches web page, the middle and the end of Arches’ lifespan.

And you should (do what you love) too!

Why I work for usg.edu

Here is why I work for The University System of Georgia

For the tl;dr version, read the table of contents.

Blog blog bloggy blog blog! Thanks to Hugo, Caddyserver and the Tranquilpeak theme.